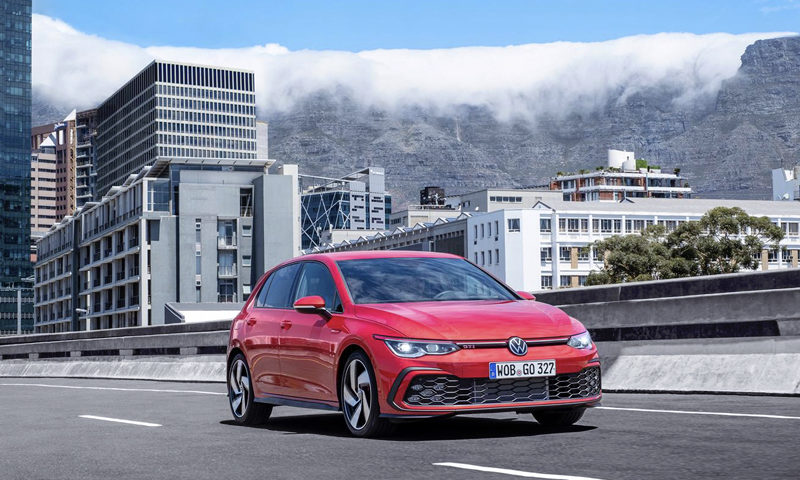 Volkswagen unveiled the new Golf GTI now in its 8th generation. Pure concentrate of power and high-tech technology of the digital era. Aesthetically it looks more aggressive than the normal Golf series. Sports bumper, honeycomb air intake in which are integrated the 5 fog lamps that form an X. And, not negligible detail, the red profile on the grille that “frames” the VW logo is illuminated by a line of red LED lights. The “myth” came back and did it in style. 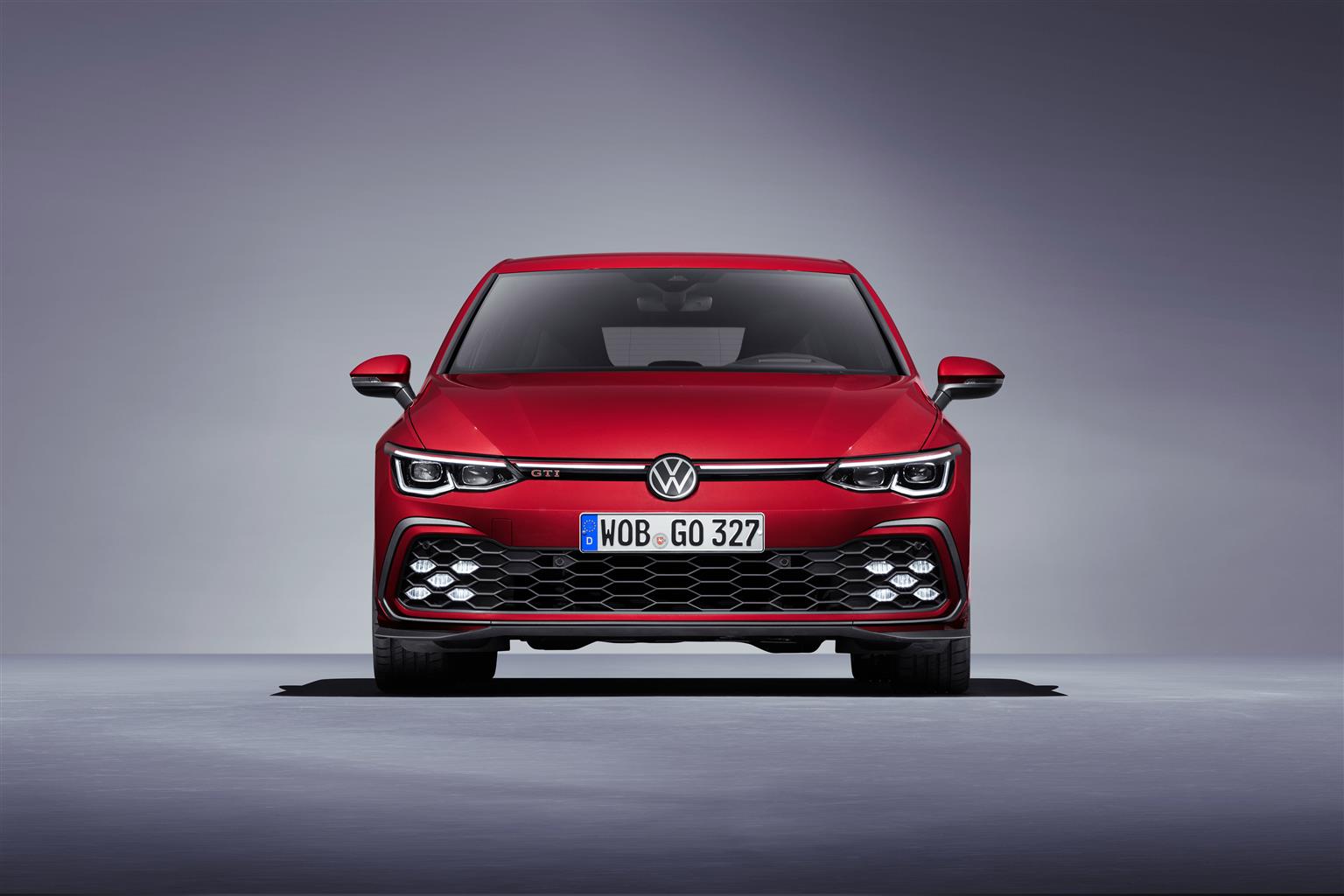 This car has revolutionized the idea of conceiving a car, making it, by more of 46th years, a source of inspiration. Keeping in mind that every current success lies on a solid past, let’s take a few steps back in time. It was 1974 when the Wolfsburg house presented the first Golf designed by Giorgetto Giugiaro. Straight lines and clean design immediately make it a success to the point that the waiting list to have it was very long. Only two years later, in 1976 comes the GTI version. 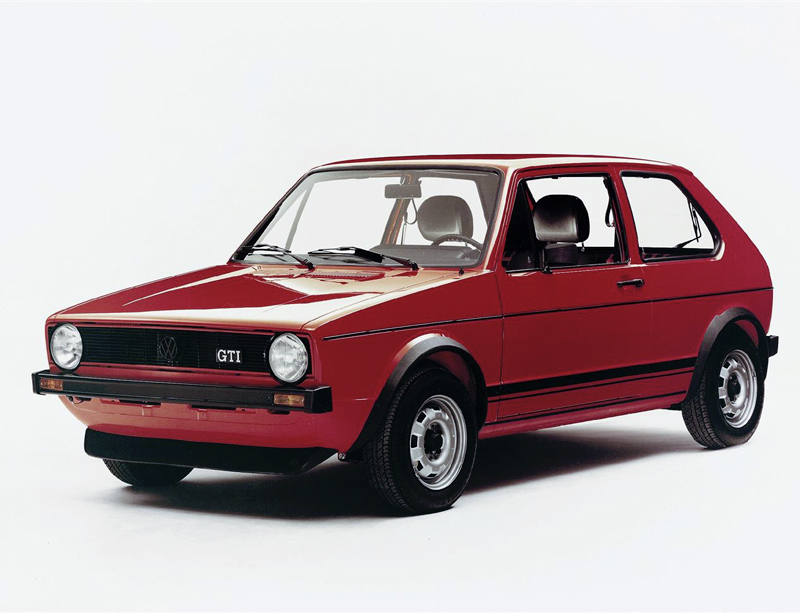 The project of the Golf GTI (which stands for Gran Turismo Iniezione) was born under many difficulties. The VW was back from the failure of the Beetle GSR (racing version) and the oil crisis did not encourage the purchase of powerful cars.
The dream-team that designed the Sport Golf project (later GTI) created by Anton Konrad (then head of the Volkswagen press office) and engineer Alfons Löwenberg immediately felt the need to make some changes to the Golf series model designed by Giugiaro without ever moving away from its simplicity and unmistakability. This is how were introduced the characteristics that would have distinguished Golf GTI models for over 4 decades. Let’s talk about the historic red frame that surrounds the front grille and the plastic wings on the mudguards. Still, the spoiler and the 4 headlights, adhesive strips on sides, the frame of the rear window, glass profiles. The interiors, were distinguished by the unforgettable scottish material fabric and gear knob that had the shape of a “golf ball“.  It was Gunhild Liljequist who came up with that idea after a trip to London where she saw a drawing of a Scottish cloth at Carnaby Street.
In March 1982 the first Golf GTD was presented to the press, another milestone of the Volkswagen brand, considered the only true rival of the GTI. Moreover, even the basic version was at the forefront of all competitors of the time. In short, Golf was just Golf. The GTI is a timeless “status symbol” for a select few.Everything else is history.
Personally I owned one, bought second hand at the end of the 90’s. It was a GTI 3rd series that I had so longed for. The color was red, not my favorite for a car. I can assure you, however, that once inside, turned on the ignition key and started the engine, the color was no longer thought. I have juste one regret, as you can easily imagine, that of having sold it. 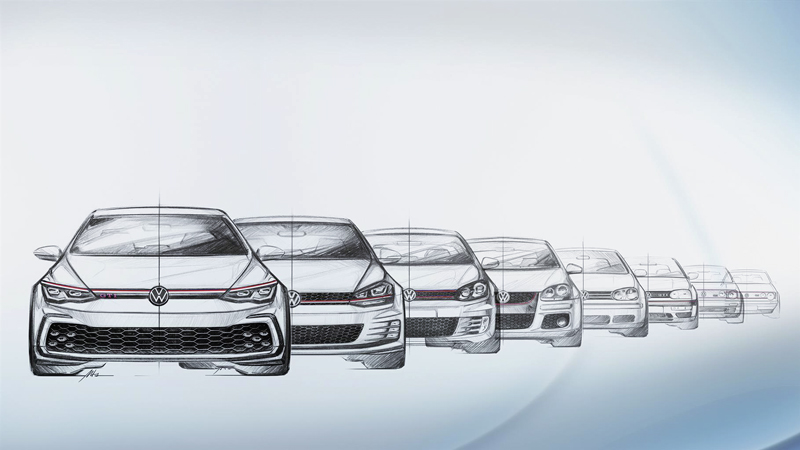