Beyond the seasonal trends, we are here to follow the rarest and most coveted watches, even by celebrities. Just think that the last curious and amusing anecdote related to the fifty-year history of the Rolex Daytona Cosmograph, born in 1963, is connected to a rap legend, namely Jay-Z.

Last weekend, the rapper hosted the gala night of his foundation, Shawn Carter. Invitations to Vip Guest included not only a humble“”bottle of Ace of Spades champagne, but also a gold-pink Rolex Cosmograph Daytona with a chocolate dial with a value of about 36000 euros. Certainly caught up in the enthusiasm, Jay-Z did not mind the expenses to cheer his guests. 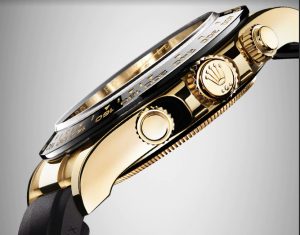 Brief history of the Daytona Cosmograph

Born in 1963, the iconic model has always been associated with those who have an unbridled passion for speed and driving. Designed for the demands of automotive racing professionals, it is associated with the high performance of the world of sports engines. With a symmetrical and essential design, it features a speedometer, 3 counters and buttons that allowed athletes to measure the remaining time and monitor the performance in hours, minutes and seconds, as well as reading the average speeds on the tachymeter bezel. The Daytona cosmograph features the 4130 caliber, a self-winding mechanical chronograph movement. 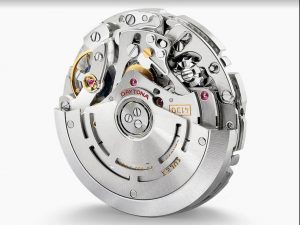 The name is a tribute to the town of Daytona, Florida, where racing has developed since the dawn of the 20th century. Since 2013 Daytona Rolex has been an official partner and official watch in Formula 1 racing. Sufficient to mention Sir Jackie Stewart, who won the FORMULA 1 GRAND PRIX DE MONACO three times between 1966 and 1973, as a regular supporter of the Daytona Cosmograph. Nicknamed “Flying scot“, he is considered one of the greatest drivers ever to set foot in a Formula 1 car. And the legend continues today…